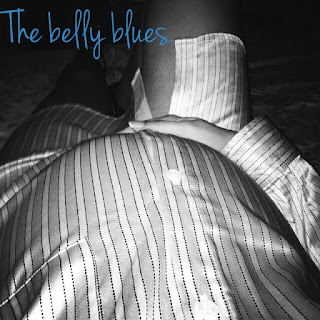 Now this is a very personal post. This is something I never wanted to share with others because it does receive lots of judgement. But I told myself I was going to step out and write on things that make me uncomfortable; so here it goes.

When I was pregnant with my first all I wanted to do was show off my bump; and read what to expect when you are expecting ; while downing a pint of Ben and Jerry's ! I was experiencing the most joy I have ever felt; ever. Sure- I had that annoying morning sickness (which lasted way up until night time)- but just with the thought of my little one soon being in my arms my life was at ease. Belly photos were on a daily basis. I shopped at target for non necessities like I was having triplets. You know how people usually wait a couple months to let everyone know they are pregnant ; because some believe it's bad luck - well I waited... two weeks into my pregnancy.  None the less I couldn't be happier. To say that my second pregnancy was just as amazing would be complete bullshit.

I had this terrible feeling that started the minute I found out I was pregnant, up until my child came out and started crying his first tears into this world.  When I found out I was pregnant with our second child I was going through a lot of different struggles, and tough situations. It caught me really off guard, and it was something we were far from prepared for. I remember feeling like something was off with my body and I knew it was because I was expecting - but I didn't want it to be real so I told no one, and held off on taking a pregnancy test. Because a pregnancy test would just make it more real.

I wore baggy clothes to hide the bump for as long as I could. I wouldn't bring it up to anyone in conversation. When people that knew would bring it up I would kind of just brush it off like I didn't hear them say anything. As this feeling kept progressing it turned more into sadness. I cried a lot at night because I felt stuck in a rut. I felt like I was suppose to be happy and just couldn't kick myself out of this funk. I didn't care to take many pictures because I felt like I would just look back on it later and upset myself for the way I was feeling. I was WAY more sensitive, way more negative then a regular hormonal pregnant woman. I woke up one morning in tears and couldn't stop crying ,all because I didn't get a good nights rest.

I remember how happy my at the time two year old was that he was going to be a big brother, and that made me feel like an even bigger asshole for not embracing this new journey our family was taking.The worst part of it all was I couldn't understand why. Why I was having all these crazy ideas in my mind, why I felt like I was never going to be able to connect with this child as I did my first. I wouldn't talk to him when he moved in my belly, I did not care for a baby shower, I did not care to go shopping for baby things (Now you know its serious when Target isn't fixing the situation). I felt like I was being punished .. like this was a huge mistake. I feel like people who saw me on a daily basis had an idea that I was feeling this way but who wants to upset a crazy pregnant woman? No one.

I remember going to find out the gender of the baby ; and my grandmother who was accompanying me was much more excited than I was. At the end of it all we went to go eat and she was the first person and only person to look me in the eyes and ask me what was wrong. I tried explaining it as best as I could without sounding like a complete monster. But she smiled the whole way through and told me I would understand this child's purpose in my life once he is in my arms. We all know that grandmas are always right - so I took her advice with me that day and tried my hardest to enjoy the few months I had left being pregnant. I tried my best to take some pictures for memory and got things ready for him.

After that talk,  I did still have meltdowns and constant doubts that this baby would never grow on me. I also hated the fact that my first child was no longer going to be my one and only. I felt robbed of my time with him as an only child. I was so in love and attached to him that I just couldn't come to the actualization that he would have to share me with another child. I spent all my time focusing on him and being with him because I was dreading being a mother of two. It was no surprise to me that I went into labor two months early ; I mean a nightly ritual of tears can be pretty tiring on the body.

When I tell you I never thought my heart would feel so full the second time around. I really mean it. Laying in that hospital bed that night I cried even more - not because of the contractions but because this was it , this was the beginning of something I didn't want to face. I cried because I couldn't be with my first born for the next couple days/nights. I cried because it was time to stop being in denial.

After a long and crucial labor I finally heard this beautiful baby boy cry and I cried again ; because when I held him I felt an undeniable amount of love and joy. My first words to him were I'm so sorry. Since he was born so early he was sent straight to NICU and I couldn't have him in my room with me. That is also when I realized the bond I had with him all this time, that I thought never existed. Leaving the hospital without him felt like a nightmare. I hated myself for the way I treated him while he was living in me; and I felt the need to make up for it.  When he was able to come home with us I was the happiest mother of two! I knew this was meant to be my life. I knew God hand picked this child to be apart of our family. He specifically chose me to be his Momma.

This amazing child is now three years old ; and it has been the best three years ever. He is a total mommas boy and I love every bit of it. I believe he is the most wonderful three year old on this planet. Our bond is unbreakable. I now fully and completely understand his purpose in my life and my family's life. He has made me better in so many ways. He has taught me so much. When I watch him and his brother playing and hugging I remember all the terrible things I felt when I was pregnant and I am grateful that I was given another chance to be the best mom I know I am, for him. He was a huge blessing in disguise and my love for him will just keep growing.

It really hurts and pains me to think back on those rough times. I know those feelings were due to all the stress and chaos that was going on around me at the time. I never wanted to harm myself or the baby. But my mind was really rattling me up, and causing me to find darkness at a time when I should have been feeling over joyed and blessed. But I believe this is something many moms have gone through or are going through. There needs to be more talk about this because the belly blues are real ; and are serious. Everyone always speaks up on postpartum depression- but we forget to speak up on antepartum depression. Very often this depression during pregnancy is not diagnosed properly  because many just see it as a regular hormonal imbalance. But without help or guidance in this situation it can get very serious and dangerous for the mother and or the baby. Every mother should have outlets when they are feeling at their worst; without judgment.  I never speak about this because the minute I do I ball out in tears. I also have gotten lots of judgment from it, But this is real life struggles so many woman are going through and I will use my struggles to open up uncomfortable doors for other woman going through it . You are never alone. You are not a monster. You will find happiness amidst the chaos.

Posted by MommyGorjess at Thursday, March 30, 2017