You can call me the pushy mom! 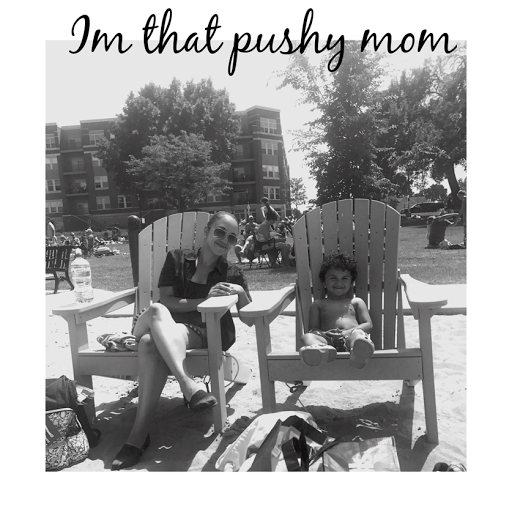 This week we went on our first real family vacation. I say real because we have gone to places that we're driving distance like Philly or Atlantic City, but this was the boys first time on a airplane; and my first time as a mom. This week was filled with lots of first for them; and many of them they weren't too interested in experiencing or a bit nervous to try. But I was the mean mom that didn't give them much of a choice ... and guess what ?! They ended up loving it and learning from it.

I push them to do things out of their comfort zone daily , because if I don't they will just do the same thing over and over again. I am that extra push they need to try something new; that they didn't even expect to enjoy in the first place. It may seem mean at first but I do it with them in mind always. Sure it's more work for me because I have to deal with the complaining and whining - but I think about the smiles at the end & the proud moment they feel when they do something they thought they had no chance doing.

My oldest was pretty terrified about going on a plane for the first time so you better believe I hyped it up to be the most awesome experience ever! When it came time to board he was set to sit at the window seat to watch the clouds in the sky. It took some days of convincing- but let's just say airplanes are on his top five favorite things now.

My youngest hated the beach last year when we went ; so when we told him we were going again he remembered the experience he had before and decided he wasn't going. Again he wasn't given a choice - we went anyway ; and after a good five hours there ; he was so upset we had to leave. He enjoyed the water just as much as the sand playing! He learned that sometimes you don't like something but it can change after a couple years.

I think it's so important as a parent to let your child know that they can try new things before they stand by an opinion right away. If I don't broaden their horizons; they will walk the same path in  circles. I want to be able to keep pushing them to open their minds and expand their confidence in them. We know they are capable of so much but as their mom I have to remind them to believe it too ! At the end of the day I give my boys the chance to make choices and decisions a lot ; but when it comes to first times and experiences I make that choice. All that matters is their safety and that they know you will always be there to help them with many first. They are not in it alone and at the end of it they will thank you for being their biggest supporter! So here's to many first time experiences that they will most likely complain about, because you're not really a child if you don't have a complaint every hour on the hour right?!
Posted by MommyGorjess at Wednesday, July 05, 2017