I am a HufflePuff and that’s okay! PUFFS Play Review. 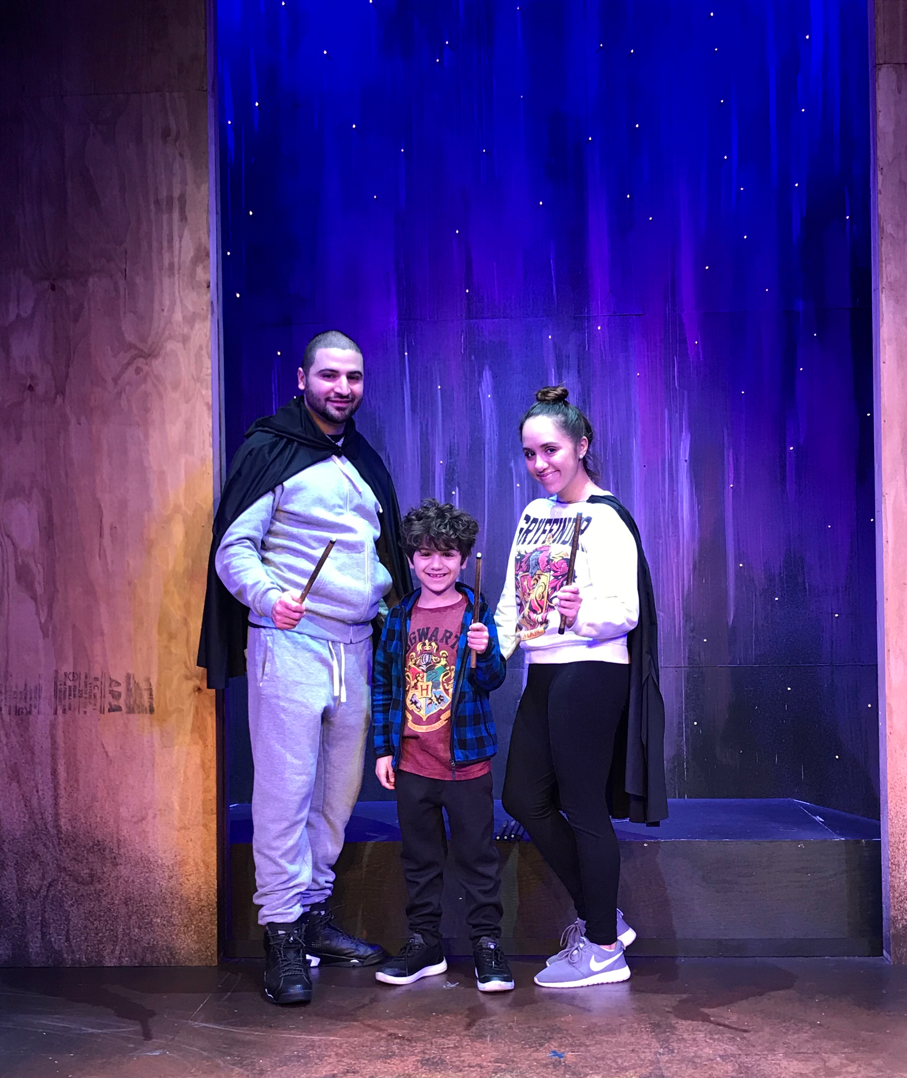 You read this correctly. I am a Hufflepuff! All this time I was in much denial that I was indeed a Gryffindor, because of course that’s what every Potter fan would want. But much to my surprise I noticed that maybe being a Hufflepuff is better. Shocking, I know. But let’s be serious Gryffindors seem a bit too perfect, and perfect can be pretty boring at times, no?

I came to this conclusion while watching the currently running off broadway stage play “ Puffs: or Seven Increasingly Eventful Years At A Certain School of Magic and Magic” at The New World Stages! We were invited to check it out and this Harry Potter Momma was overly excited.

I have been trying to get Jace into the whole hype of the magic behind Hogwarts, and as we watched the first movie together I knew this would be a special moment. We still have to get through all the other ones, but now that he is reading at 2nd grade level he has been stealing my Potter books to fully embrace the wizardly world. So this adventure has just begun, and I am happy to have him on board on the Hogwarts Express! 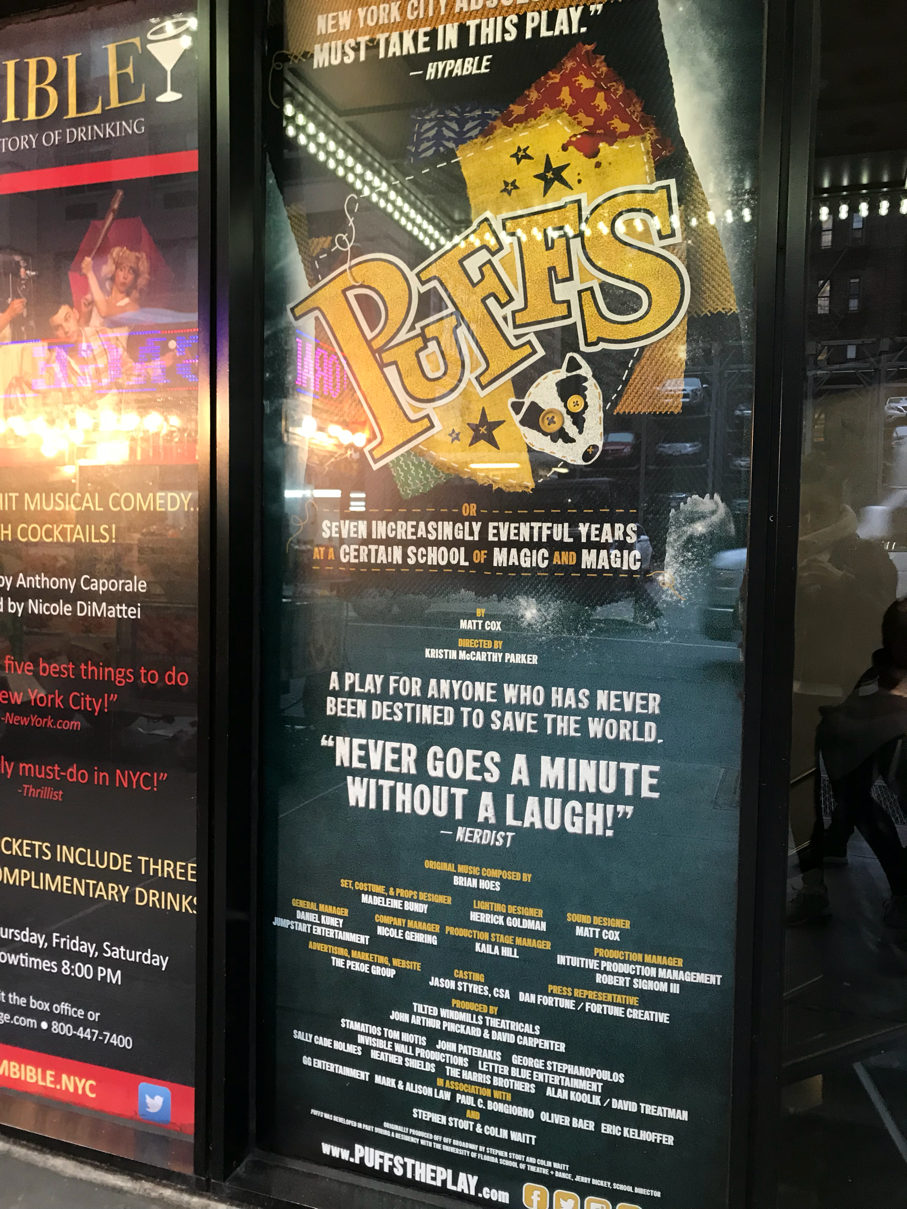 First I want to start off by saying that New World Stages is a beautifully run space, very well managed, friendly, and spotless. We had a surprise waiting for us before the show began, and got to enter the theatre to step onto the stage and take photos with wizard capes and wands. I honestly do not know if I was more excited about this or Jace. It was surely a dream come true for me. As we finished our photos we stepped back out to wait for the show to begin.  As we waited we sat on a comfy couch right outside the doors, and got some  drinks and snacks to enjoy during it.

We got into our seats, and the magic began. It follows a group of very different Hufflepuffs from the same seven years during Harry Potter’s time at Hogwarts. It is basically telling their side of the story and all that they did and learned in those seven years together. I loved how it went year by year, and if you are a Potter fan you kind of know what is coming year by year. They are all kids who have no idea what they are doing, and well, kind of stay like that year after year... but still want to feel just as special, just as wizardly. It’s a very moving story that has you laughing minute after minute. Hearing Jace laugh hysterically every minute was my favorite thing to see. He literally looked like he was about to fall off his chair a couple times from all the chuckling going on. It was a perfect balance of mixed emotions. It was happy, sad, scary, funny and exciting all at once. Every character was different, yet you could see a characteristic of yourself in each one. Whether it was the Hufflepuff who believed she should be a Slytherin, or Wayne the average boy who never believed much of himself. You get to fully understand the true meaning of the play is to be happy with who you are, and you belong where you belong, even if it isn’t exactly where you expected to be. 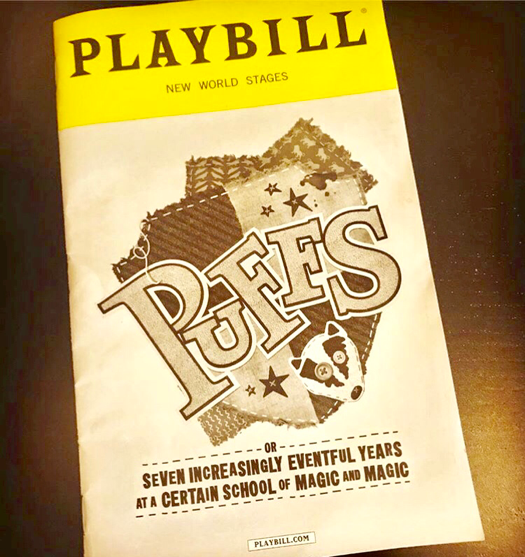 It’s truly a must watch, and one I would go watch again. Great for school aged children and Hogwarts loving adults! Go and get your laugh on now at New World Stages, because you do not want to miss this. Jace is still talking about how his favorite part was when the Hufflepuffs were in “gym class”. It was a very hilarious skit where they played a game and couldn’t get it together. It was literally a flashback for me as I completely and utterly hated gym class back in high school too. See, I told you i was a Hufflepuff !