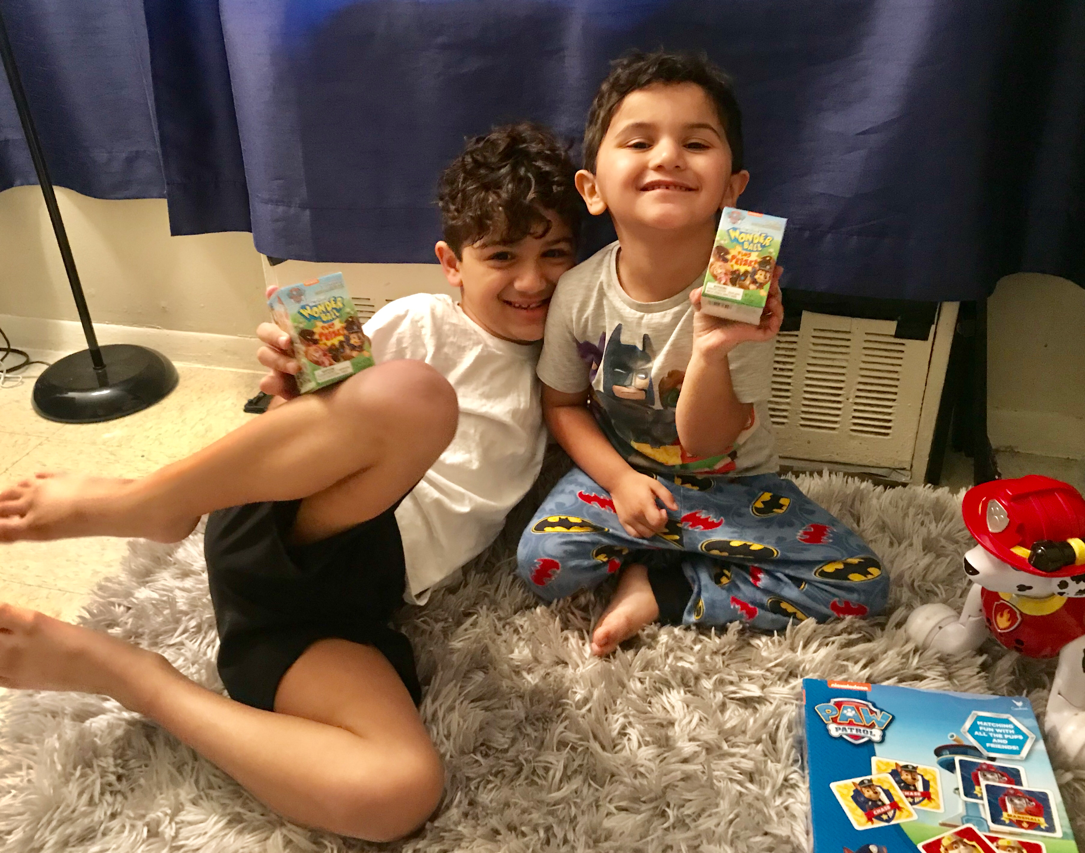 I don’t know about your kids, but my boys are completely amazed by the loving yet brave little pups called Paw Patrol. We have been watching it since the very beginning, and though their favorite changes every year there is no denying that they can’t get enough of them all. They say Ryder has the coolest job in the world- which I completely agree. Currently their favorite pup is Marshall the clumsy Dalmatian who shoots water from his pup pack! When I told them Paw Patrol was coming back to MSG for a special pirate adventure they were really looking forward to seeing their favorite pups in action again. 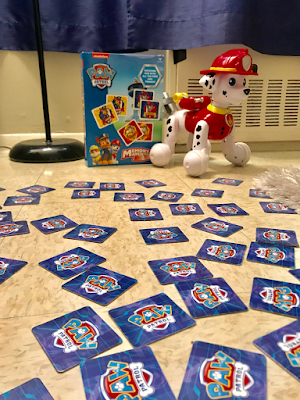 To get them into the spirit of things I got out our Paw Patrol Memory Game and told them the first to find a match would win the treasure! Of course I got two treats because I was going to let them both win at the end but they found so much fun in it. With so many cards it took quite a while for them to find a match but when they did they were so happy to find out their treasure was indeed a Paw Patrol Wonder Egg with a chocolate egg filled with candies shaped as the pups themselves, PLUS a little pup toy that they now want to collect them all.  They were so happy to have solved the memory game mystery and devour their treasures! Now the real fun begins when we head out this weekend to see our friendly pups solve their own mystery! In PAW Patrol Live! “The Great Pirate Adventure,” Mayor Goodway is getting everything shipshape for a big Pirate Day celebration in Adventure Bay. When Cap’n Turbot falls into a dark and mysterious cavern, it’s PAW Patrol to the rescue! Chase, Marshall, Rubble, Skye, Rocky and Zuma save Cap'n Turbot and discover a secret pirate treasure map that leads them on an epic adventure. Over land and on the high seas, the pups set out to find the treasure for Mayor Goodway so the celebration can go on. Things get ruff when Mayor Humdinger wants to find the treasure first for Foggy Bottom. The pups need all paws on deck for this pirate adventure, including help from the newest pup who’s all ears…Tracker! Using their heroic rescue skills, problem solving and teamwork, the pups set sail to save the day. No job is too big, no pirate pup is too small!

PAW Patrol Live! “The Great Pirate Adventure” follows the first live show PAW Patrol Live! “Race to the Rescue,” which is currently touring through 2018. PAW Patrol Live! “The Great Pirate Adventure” includes two acts and an intermission, and incorporates an innovative costume approach to help bring the pups to life on stage as well as their vehicles and packs during the adventure. The performance is interactive, engaging audiences to learn pirate catchphrases, dance the pirate boogie and help the pups follow the treasure map and solve picture puzzles during their mission!

Tickets are available at the Madison Square Garden BoxOffice, www.ticketmaster.com or by phone at 866-855-0008.