Summer is in session with Singing Machine Karaoke! 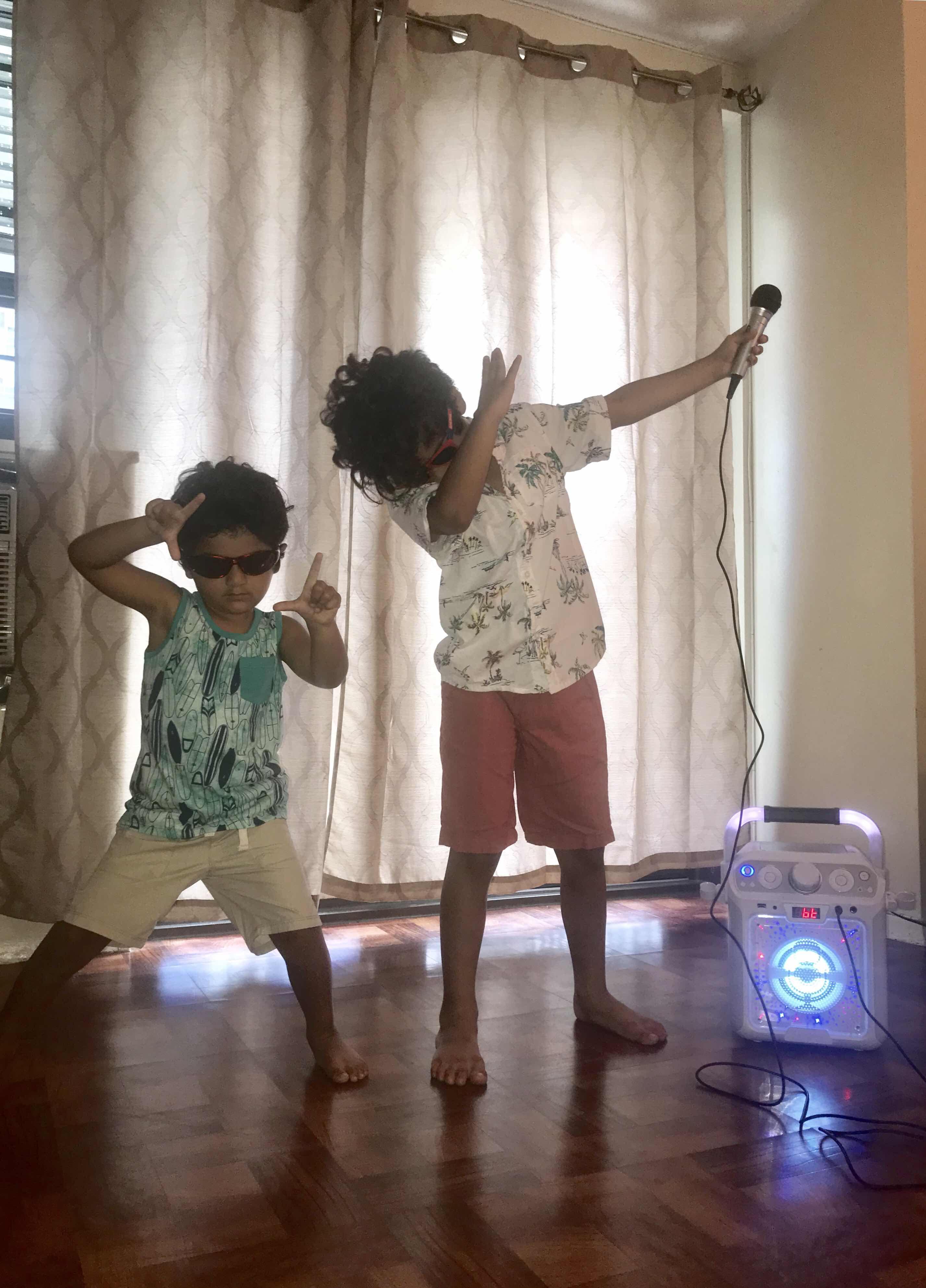 Jace turned 7! Why does time go by so fast. I swear he was just born last week! As he grows I am starting to see more of his personality shine. When he was younger as most kids are, he was very nervous about performing infront of people, and had very bad stage fright- to the point of tears. Which reminds me of myself at the age of 4/5! I knew I loved singing and dancing but the fact that people were watching is what stopped me from really enjoying. But like everything if you do it often you learn to get over that fear. First grade was just that for him. With the help from his awesome teachers he learned to over come stage frieght and now he’s a true performer in his element up on that stage. I love watching him use his fears to help him grow, and it ignites fearlessness in me as well. Who would have thought that my child would be the one teaching me new things each day, huh?

When asked what was his favorite thing about first grade he said all of his shows that he performed, and when they did karaoke in class. Instantly I knew the best birthday gift to get him that would be awesome for him to use all summer long. I had to get my little rockstars their very own karaoke. So when The Singing Machine said they wanted to send us over their Groove Cube Karaoke System, I couldn’t wait to see their faces when they unwrapped it open. They really didn’t see it coming. But they wanted it out of the box pronto, so they can start their performances! 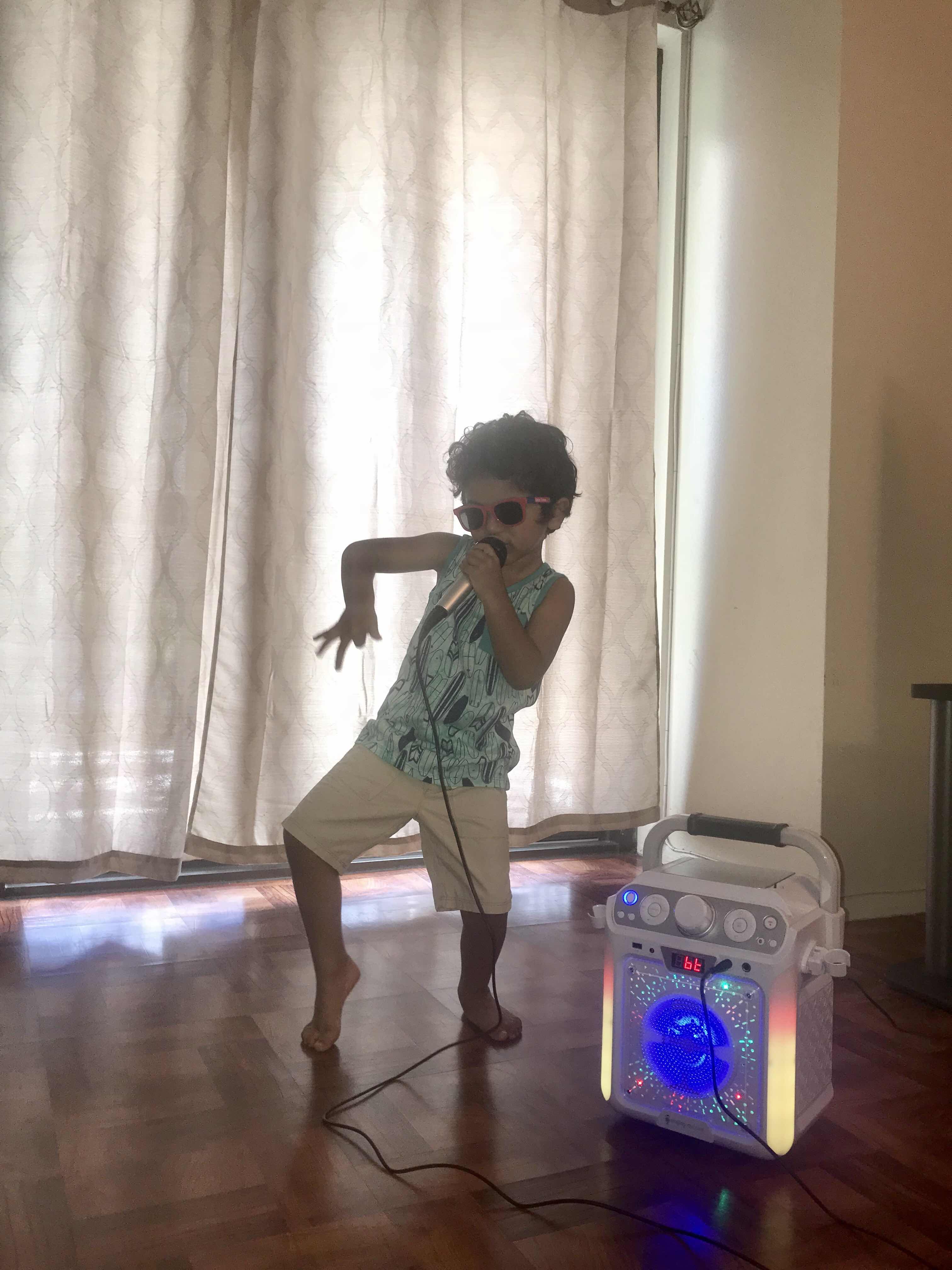 The Singing Machine Groove Cube Karaoke system has so many options and cool details. First off it’s light weight and portable, and very easy to use. It’s also a beauty just to look at with all the multi colored LED lights that synchronize to the music. It comes with one wired microphone, but you can buy another one to connect into as well. Their is a couple of ways you can connect the music to play, but we have just done it through Bluetooth compatibility which has been super easy so I can play it straight from my phones Apple Music playlists. Once it’s connected, you can change the volume of the music and of your microphone to be at a perfect volume so you can hear yourself but at the same time still hear the beat to the music. It was made perfectly for the little ones too since all buttons are easy to press, and volumes are simple to adjust. Something even cooler is the USB port which allows you to record your performances so you can save them and share them with your whole family. It gives them a feel like they created their own music. Jace already has big plans, and is putting together his own album. Yup, an album because now he says when he grows up he’s going to be a rapper. Dreaming big is the way to go, and I am happy that I found something so amazing that sparks his interest in music and at the same time gives him the confidence to make it happen. Caleb wants to be just like his big brother, he thinks he’s the coolest person on the planet so it’s really cute to see him pick up the mic and try his best at the lyrics! When he isn’t singing he absolutely loves being Jace’s back up dancer, with the best moves around! Seriously don’t know where he gets all that rhythm. I’m telling you these two are meant to be on a stage. Their sass, their attitude, their moves!!! 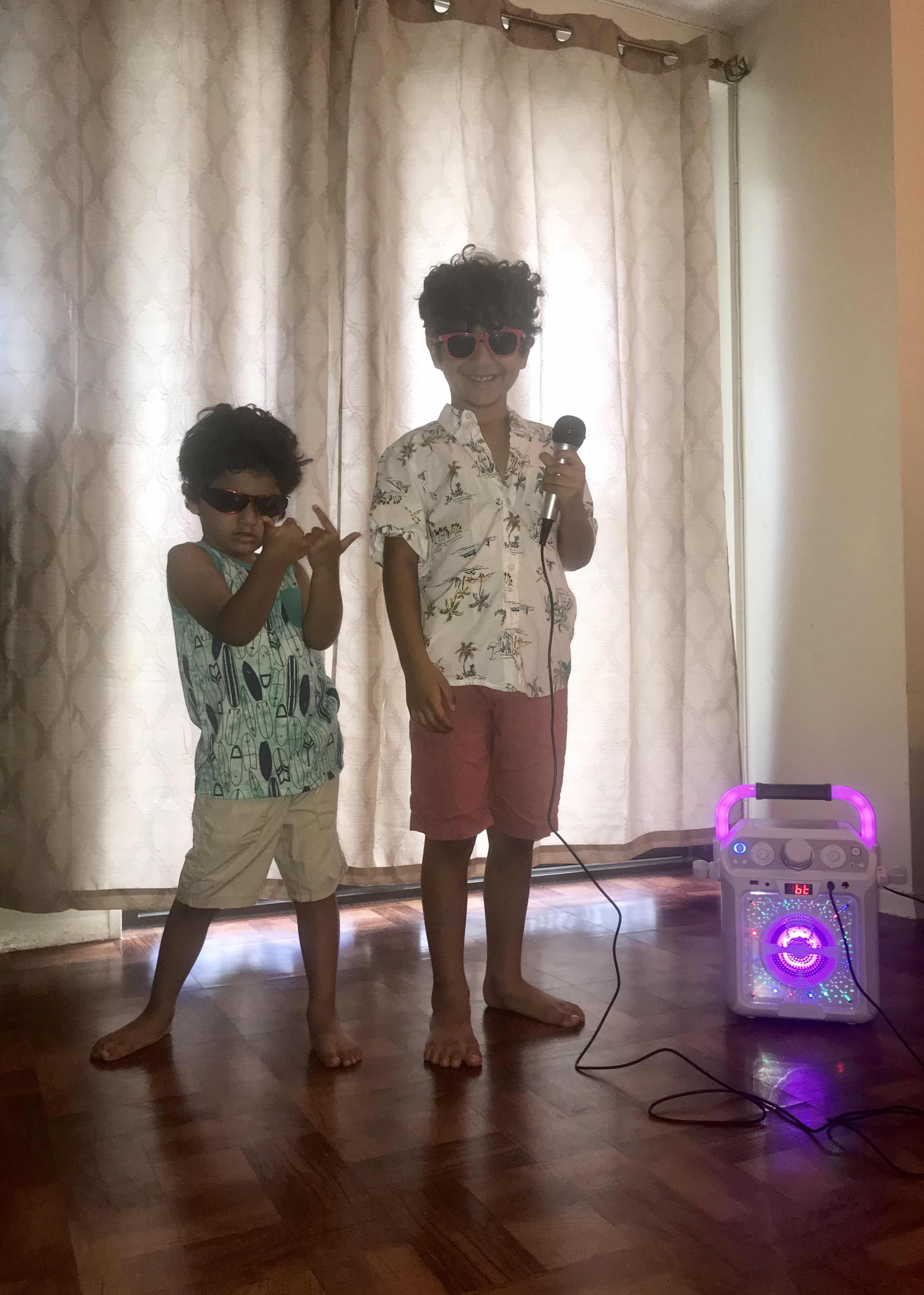 The Singing Machine Groove Cube Karaoke System also connects to a TV through RCA cables to share lyrics on a big screen, and plays music through CDs as well. If that doesn’t sound like enough to you, you can also download the free Singing Machine Karaoke App which lets you stream thousands of karaoke songs on demand to help you party it up! The kids will love it, and the adults can have some fun with it as well.

We have used it already so many times, and my boys already know how to turn it on all by themselves to get the party started without me. It was a perfect way for us to also play music for Jace’s birthday party, and I am sure we have many karaoke nights ahead of us this summer. Maybe even some child free ones!

If you are interested in spicing up your party with some karaoke fun, then get your hands on The Singing Machine Groove Cube Karaoke System on Amazon, or at Best Buy, Walmart, or Bed, Bath and Beyond. Or Check out their website www.singingmachine.com ! 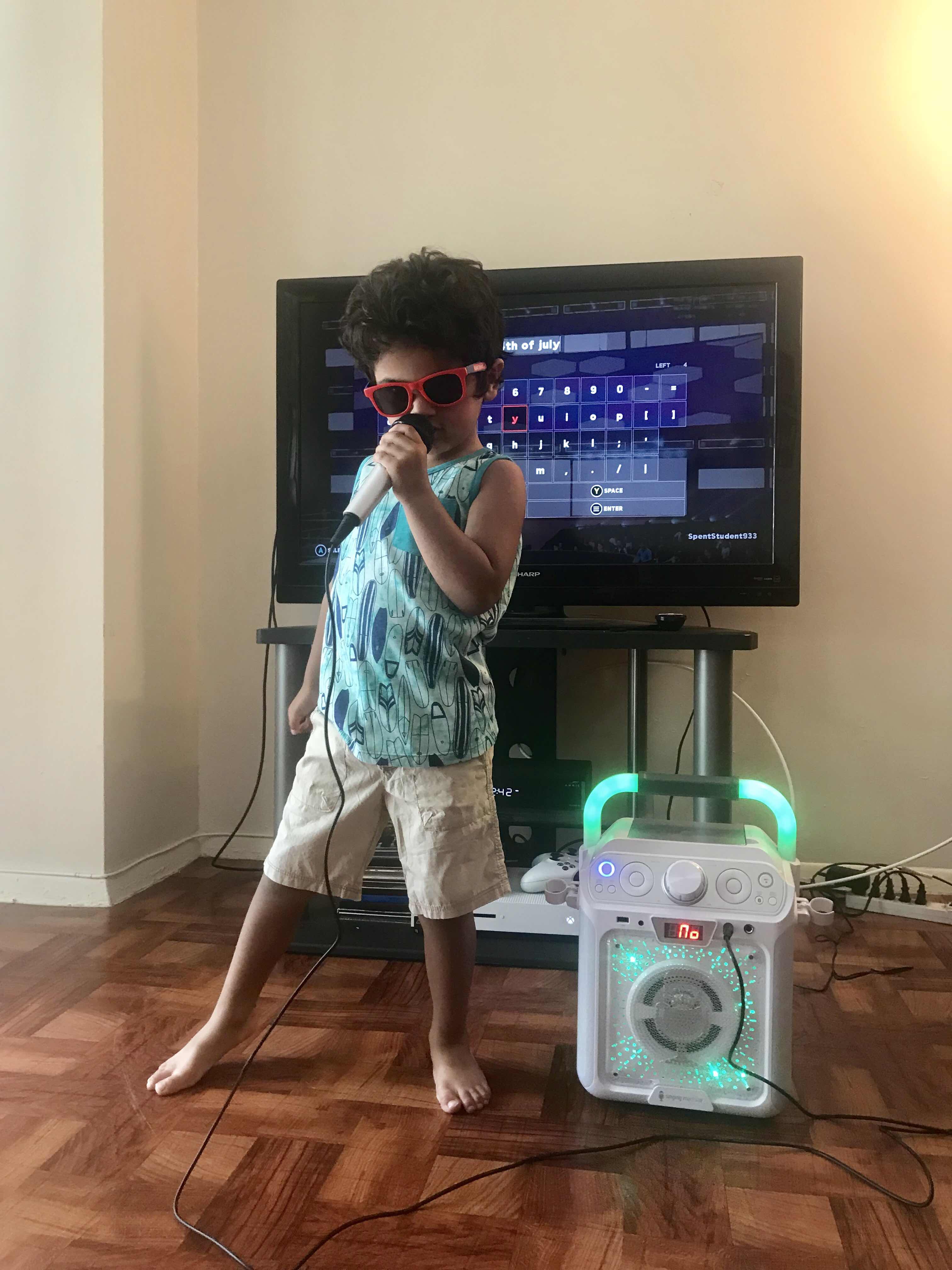 - We were sent this product for reviewing purposes, and all opinions are 100% my own, and honest! Thank you The Singing Machine for the best birthday present ever.
Posted by MommyGorjess at Monday, June 25, 2018