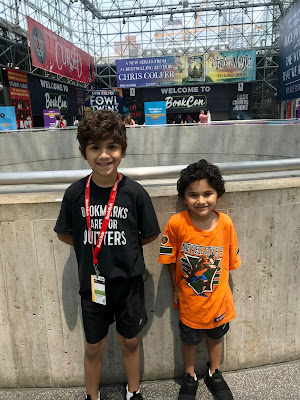 I am a full on crazy book lady, and proud of it. But what I am most proud of is the fact that I completely turned my whole family into book lovers. YUP, I did that!  I got dad to start reading, and even both of my boys - they literally have more books than I do, already. I just can't say no to buying them more and more books because it makes me the happiest momma on earth when I see them reading. My little one still doesn't know how to read on his own but really enjoys it when his big brother reads to him. I always loved reading. I learned how to read when I was in first grade, and since then I have not put a book down. As a mom now and my to do list piling up I don't get as much time to read, but I squeeze it in when my little one is resting, and me and Jace lay on the bed together and read beside each other. It's one of my favorite things. We just recently set up our terrace, and it has turned into our new favorite reading center.

So BookCon was a must for us all, and it was even more epic to know that it was a week before Jace's birthday so it was kind of like an early birthday present for him, and he is still raving about it being the BEST present he got. You have no idea how that makes me feel!!!! 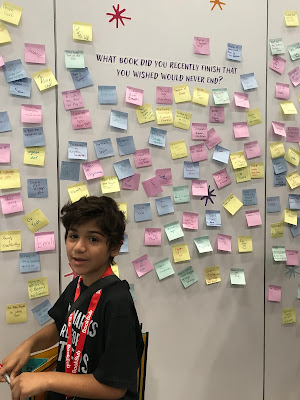 There was so much going on and so much to do, and I truly wish I would have gone both days so I could do some adult stuff, but as it was something I wanted to do for his birthday we stuck to a plan and got so much done. We met many amazing authors, and got plenty of free books too! We got there early when doors opened at 10AM so that we could make it to the first kids event which was the John Cena Story time where he was reading his book Elbow Grease. It was great- we got a front row seat where Cena himself sat up in front of us and read aloud his book. After he let the kids ask him questions and Jace jumped up to ask him how long it took him to make his book. I loved how he said he took his time with it, and it took about two years to make. Jace needed to hear that because he is always so tough on himself when he is writing his own books and wants to give himself such a firm deadline, so hearing someone he admires say that it takes a lot of time to make a book gave him confidence that he could get it done slowly, without rushing the process.

We walked around after that just checking out everything their was to offer from Harper Collins, to Workman, to Strand BookStore where we got some really fun stickers, postcards and pins! After we got to meet John Cena himself with Strand Book Store to get a photo with him and get his book signed. It was easy, and not as crazy as I was expecting it to be. Everyone was so nice, and in no way rushing us in and out. The boys were so star struck that they barely even said a word honestly. It was so cute! But it was nice to be able to get a professional photo instantly. 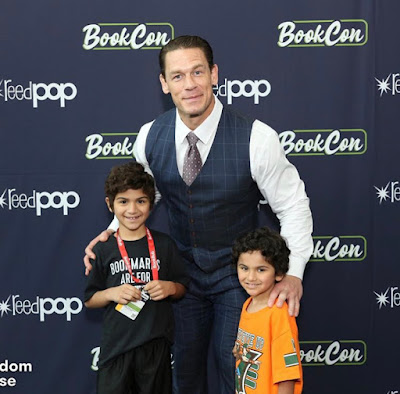 We then got a sneak peak of The Dog Man Musical by Theater Works which will be playing starting June 28th until August 4th at the Lucille Lortel Theatre. We cannot wait to go to opening night and see more because the sneak peek was just amazing!

If that wasn't enough excitement right after seeing the preview we ran to get online to meet the one and only Dav Pilkey, and the boys were so excited because we had some Dog Man and Captain Underpants books with us that they got to get signed by him. We were about to start looking around again but something told me to check the Scholastic/Graphix sign for the rest of their signings and low and behold the great R.L Stine was going to be coming in a couple hours so we found out what time the line would be starting and made sure we made it on time before it got closed off! We got to meet him and get his new book The Dummy Meets the Mummy. Also right next to him was the author of the I Survived Series- Lauren Tarshis and we got her newest book signed as well. 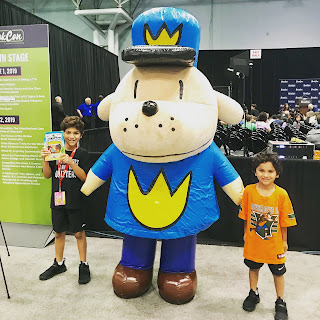 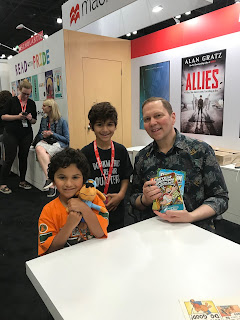 All in all it was a fantastic day with lots of free books and author signings and we are most definitely making this an annual family tradition now.